Freshwater Management – Is it a farce? Should we expect more from our Politicians?

The Governments recent water reform package raises many questions, but they mostly come back to the honesty and integrity of the politicians involved, most notably Nick Smith!

Why cause this confusion over the swimmable standard? He’s even managed to confuse the Parliamentary Commissioner for the Environment, Dr Wright, who said the changes in water quality measurement were... "very confusing". Is it that he thinks we the public are just stupid? Or is it that once you start down a track of misinforming and generally deceptive behaviour, that you become caught up in it and have to keep going in order to maintain those earlier myths you have propagated?

Plenty of others are commenting about the current water reform package, if you remain unsure about these checkout page A38 & A39 of the Clean Water doc to see the old and new standards side by side.

However I want to draw attention to another of the misleading initiative that Nick Smith has been involved in which is the Canterbury Water Management Strategy which has been implemented by the Ecan Commissioners appointed by Nick Smith after he sacked the elected Council. 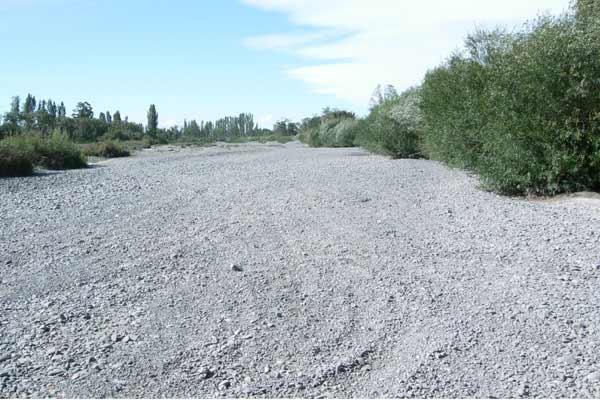 Our local Ashburton Zone Committee is advertising for a new member to provide refreshment to the committee.  Accordingly ‘The zone committees are made up of people with a passion for their local area and respect for their knowledge has become a firm principle of the Canterbury Water Management Strategy. Allowing communities to guide our water management work gives local people genuine power. We listen to communities' opinions and provide opportunities to discuss issues while exploring potential solutions together’

Reading through the list of current committee members I noted their interests as being mostly agricultural, irrigation or connect to such in some way, with a lone Forest and Bird member. I understand the Ashburton Council appointee is also a retired farmer.

So rather than community members the committee is made up predominantly of industry insiders who have a vested interest in water for industry purposes in the main;

Wondering how they manage to engage in the debate with so many conflicts of interest I read the CWMS Code of Conduct All Zone Committees. It talks about conflict of interest:  ‘Committee members must be careful that they maintain a clear separation between their personal interests and their duties as a Committee member etc etc

Still I wondered how some of these people could be involved – then right at the bottom of the page;

Usually the Local Authorities (Members’ Interests) Act 1968 would apply, requiring Committee members to declare any potential conflict of interest where they might personally benefit from a decision of the Committee.

However the Auditor General has issued a declaration that allows zone Committee members to discuss and vote on all matters related to the development of implementation programmes to achieve the targets and goals set out in the CWMS. This ruling has been made to allow members to take part in all discussions, in order that all the views and different perspectives of the members are part of balanced decision-making on any issue.

Members of Zone Committees have been appointed from various sectors to ensure a balance across all main stakeholder interests. It is likely that at times some members may have a personal interest in an issue before the Committee. The Auditor General’s declaration allows those members to take part in the discussion and vote on these issues, in order not to impede the work being done by the Committee and because the work is in the wider interests of the people of the area.

So what does all this mean? Like many others I was concerned that the CWMS is a farce – well the above is the proof of that – We have irrigation interests, dairy interests and Federated Farmers all involved and making the recommendations about what our districts water management needs are!! They have been given the freedom to do so by firstly being selected to the zone committees and then by having the normal conflict of interest safeguards removed, so the process has no integrity...

It’s no wonder the Selwyn River and its likes are so degraded...

And this brings us back to the point I want to make – are these the standards that we as New Zealanders are happy to accept from our politicians? Did we the people ever give Nick Smith the mandate to act in this way?

My answer is no, I don’t accept this, and nor do I believe we as New Zealanders should accept this. So I am calling for better standards, and I am calling out Nick Smith – he should resign immediately.