Expert Anglers all agree Deep Creek Should Be Fixed

Expert Anglers all agree that Deep Creek needs to be fixed 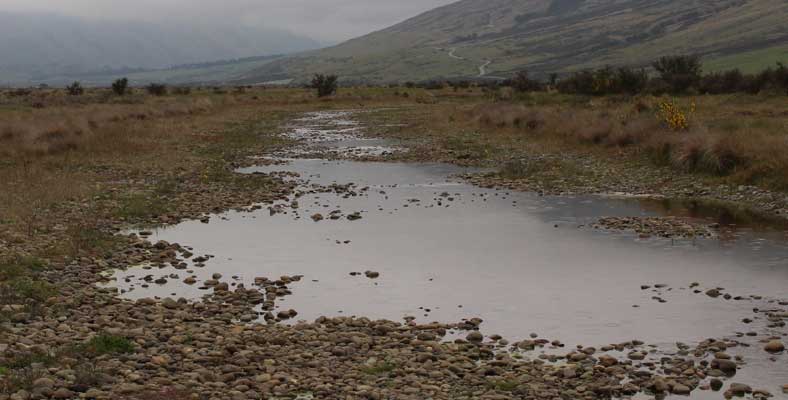 5 Expert Anglers with combined fishing and professional experience exceeding 150 years say that Deep Creek (Rangitata River) needs to be fixed now, and agree CSI Fish and Game have got this all wrong!

Deep Creek, protected by a water conservation order, was illegally diverted in late 2011, it was never properly fixed, and the main channel below the diversion has now run dry, resulting in the loss of salmon spawning and rearing habitat and removing approximately a third of this streams prime trout water. CSI Fish and Game have refused to allow a proper fix to return the stream to its pre-diversion state, as asked for by anglers.

'I have fished Deep Creek since I was a teenager, I value if for its outstanding trout fishing, as a salmon spawning and rearing stream, its scenic and largely unmodified environment and rate it as a world class trout fishery'

'It's imperative to have this stream returned to its former glory, its pre diversion state, as soon as is practically possible and with the greatest care to the environment!'

'I have fished Deep Creek since 1993. This represents a loss of a section of accessible fishing, which was great for elderly anglers to experience backcountry fishing without a long walk, a Blue Ribbon trout water that held some of the best quality Rainbow and Brown Trout in South Island!’

'In this age many environmental factors are negatively effecting freshwater rivers with no easy-fast or achievable solutions, but here is one problem that could be fixed very easily and at little cost, a fix via diverting the river back to its natural course would result in nothing but environmental positives!'

Kevin Payne is the President of the NZ Fishing Guides Ass, a CSI Fish and Game Councillor and fishing guide since the mid-90s. Kevin concludes;

'Reasons for doing nothing given by CSI do not stack up in my opinion. CSI Fish & Game have statutory duty to look after our fisheries. License holders have put up a substantial investment to obtain a Conservation Order, and Fish & Game have a duty to protect that investment’

'At a time when water resources and quality are dwindling, this is one we do not want to get away.'

'It is an absolute travesty that a section of an internationally recognised trout fishery and salmon spawning river has been left to wither to nothing, due to inaction and internal politics of the CSI Fish & Game Council.'

Dean Whaanga, a hugely experienced Central Otago fishing guide agrees the stream needs to be fixed, and said after visiting he stream recently with his client that the decline was dramatic and that it was ‘buggered…’

Steve Gerard of Methven, a former fishing guide of 12 years, tackle shop owner and now former CSI F&G Councillor, has been campaigning for a fix since the diversion was found in late 2011, and has written comprehensive summary of the streams state and issues, says CSI Fish and Game 'continue to muddy the waters with misinformation about the true state of this stream, they need to now act in the best interest of anglers and fix it'

The NZ Professional Fishing Guides Association is also concerned, and says the creek has long been considered a unique blue ribbon trout fishery with an international reputation, that many New Zealand and overseas anglers have had the pleasure to enjoy, and say members have expressed concern about the creek and CSI F&G’s handling of the issue, and asks that the wheels are put in motion to restore this outstanding stream to its former glory.